With the “Clean Label” evolution spreading through the US and 44% of consumers saying they are concerned about illegal or tainted products, it is safe to say that consumers are looking for supplements that are natural and clean - now more than ever.


We are consistently asked if the harvesting of krill is conducted in an eco-friendly way. Our answer is “yes”. Yet, what makes krill oil a natural and clean product?

Euphausia Superba krill live all around the Antarctic, but they are only allowed to be harvested in Area 48. This makes for a controlled and nature friendly way of going about it.

The classical way of harvesting is to pull a net full of fish up onto the boat, however this procedure poses two major problems:


Both of these scenarios, especially the risk of by-catch, were unacceptable for us in Aker BioMarine, which led to the invention of a new fishing technology called Eco-Harvesting™. The new technique specifically avoids by-catch and brings the krill fresh and alive on board the ship.


What is characteristing of this harvesting method is that the krill fishing net stays underwater the whole time and uses a specially designed trawl system and a hose connection between the trawl and the vessel. The front of the net in the water is closed by another net and only krill can pass this barrier into the fishing hose, so no fish are captured. At the end of the hose the krill are immediately pumped alive with fresh sea water on to the boat.

This allows for processing fresh, raw materials with superior product quality while preventing enzymatic decomposition and preserving all key nutrients in the end product.

Natural preservation due to antioxidant astaxanthin

Euphausia Superba krill live in huge schools and feed on microscopic algae. Since algae have the ability to synthesize the powerful antioxidant astaxanthin, the carotenoid is equally taken up by the krill and protects omega-3 fatty acids from oxidation. With these abilities, astaxanthin is one of the protectors and contributors to a clean and natural product as there is no need add further preservational ingredients.


Did you know that the characteristic deep-red color of the krill oil comes from it’s naturally occuring astaxanthin?


Eco-Harvesting™ allows the krill to be pumped alive on to the vessel, where they are immediately processed to preserve all the nutrients and ensure superior product quality. When the water is separated from the cooked krill meal, an oil is obtained with the natural inclusion of astaxanthin. The final result is a krill oil of 100% neutral lipids, astaxanthin (>750 ppm) and polyunsaturated fatty acids (PUFAs, 17% omega-3 and 3% omega-6).


All the components of Superba Krill occur naturally, both omega-3s, phospholipids, choline and astaxanthin. It’s not a blended product and that’s the beauty of it. Nothing needs to be added artificially. It is also important to point out that the EPA, DHA and phospholipids which krill provides, are easily absorbed and better utilized by the body.


You can read more about that here.


With Superba Krill oil coming from the clean water of Antarctica, there are no pollutants or chemicals in the water that affect the purity of the krill. As mentioned, krill is also at the bottom of the food chain - hence a short life cycle, leading to no accumulation of mercury and other toxins. This is why people can safely consume Superba Krill and know that it’s contributing to a clean, natural and healthy lifestyle. 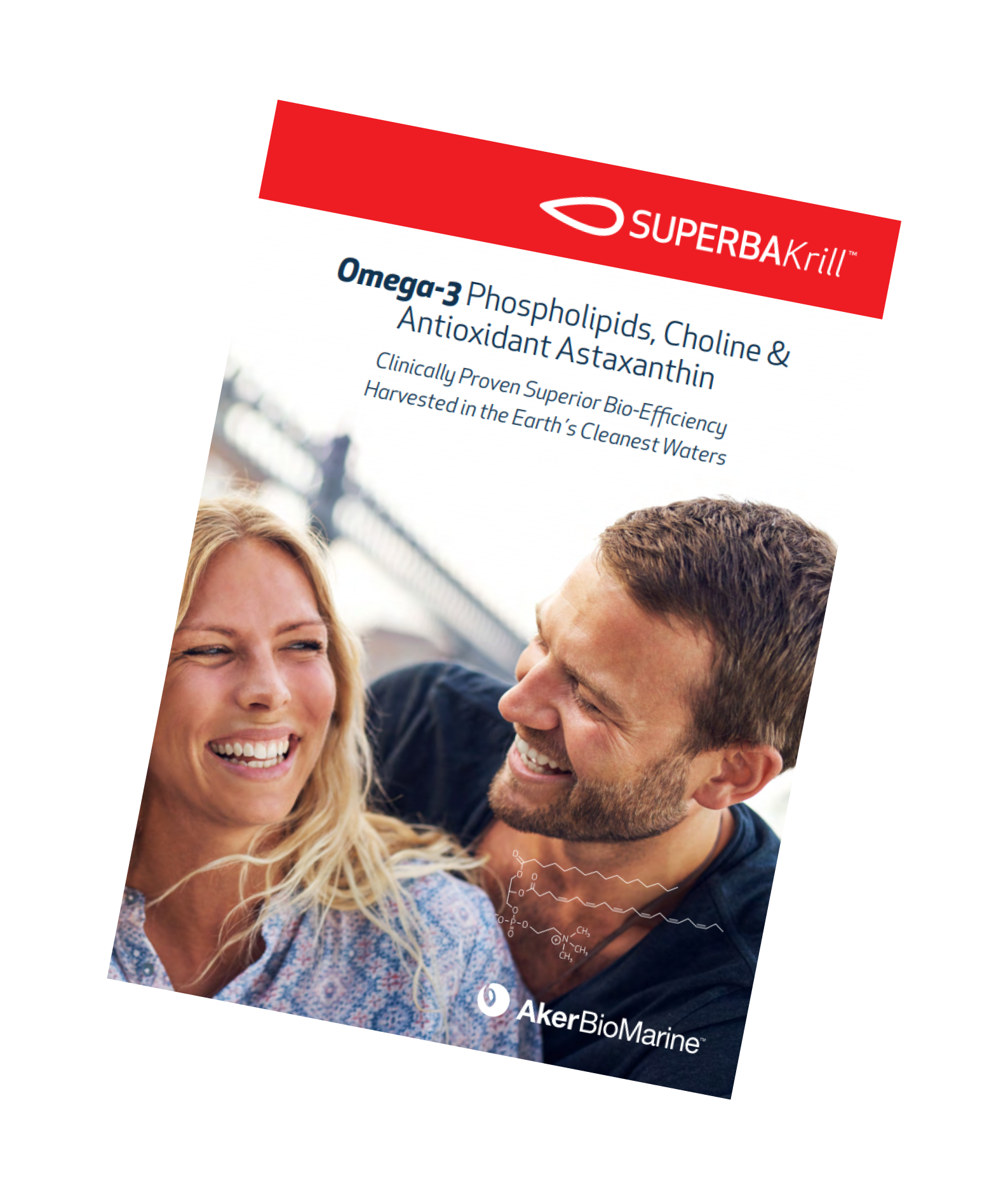