Krill oil has many health benefit applications due to its unique, natural composition of omega-3s EPA and DHA, phospholipids and choline.

The health benefits of krill 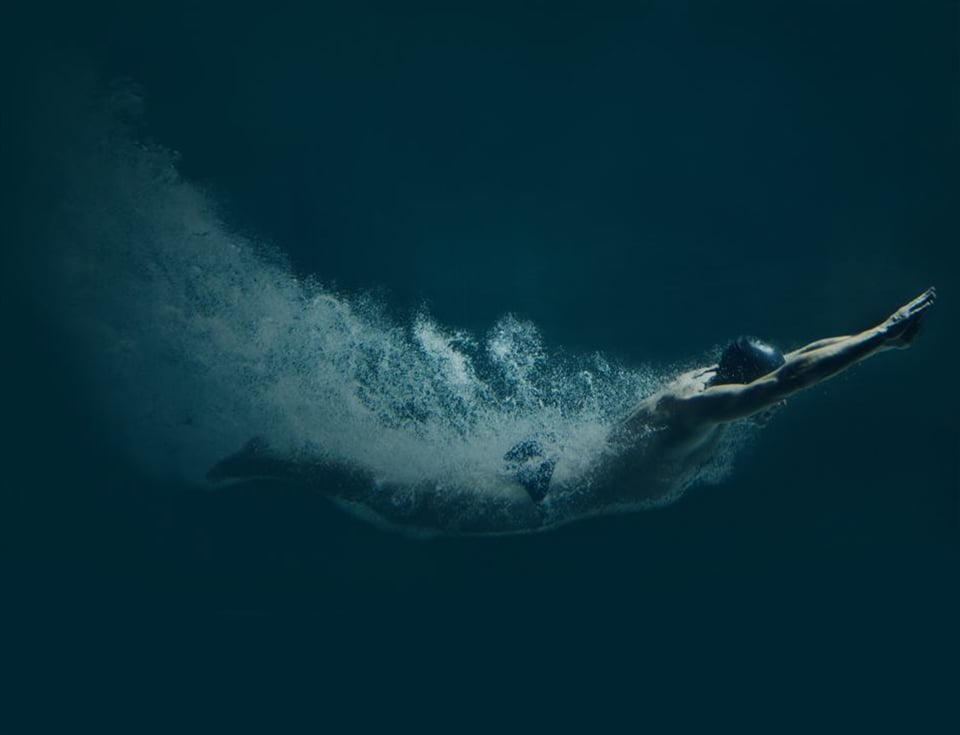 Omega-3s play an important role in regulating inflammation in the body, which can have a crucial impact in protecting our joints throughout life.

Krill oil has shown to have beneficial effects related to heart health, such as lowering fasting triglyceride levels which are a risk factor for heart disease.

Phospholipids assist in the transportation of omega-3 DHA across the blood brain barrier.

Choline and omega-3s are important for maintaining healthy liver function and aid in the proper metabolism of fat.

Omega-3s are especially important to help keep your eyes healthy, with the highest concentration of DHA in the body found in the retina.

Omega-3s play a role in modulating the hydration and elasticity of the skin.

What is krill oil made of?

These essential fatty acids are one of the most researched nutrients, with a wide range of health benefits for your heart, eyes, liver, brain, skin and joints.

Phospholipids help omega-3s integrate into the blood cell membranes leading to a higher level of omega-3s when compared with triglyceride omega-3 sources.

Choline is an essential nutrient for many body functions such as nerve signaling, liver and muscle functioning. Our body can't make enough therefore we must obtain it from our diet.

This natural antioxidant gives krill oil its red color, but also protects the oil from oxidation, eliminating the need to add preservatives.

Phospholipids are the main component of the transporter of omega-3s (EPA & DHA) across the  barrier. DHA is especially important for brain function, structure and maintenance throughout all stages of life, and accounts for about 40% of all the poly-unsaturated fatty acids ( PUFAs) in the brain. Pre-clinical studies have demonstrated that omega 3s (specifically DHA) delivered with phospholipids can lead to higher levels of omega-3 incorporation in the brain (12,13). Exciting research is ongoing in this area to investigate how this can impact on brain function and maintaining a healthy brain.

In 2014, Aker BioMarine conducted a study on 300 subjects with high triglyceride levels, an important marker for CVD risk. The study, published in Nutrition Research, found that krill oil supplementation was associated with a 10% reduction in triglyceride levels. The EPA & DHA in krill oil may help with lowering the risk of health issues associated with the cardiac system (15). Phospholipids re a key delivery format of these heart healthy omega-3s to the cells that need them.

Phospholipids in krill oil deliver the omega-3 and choline to the parts of the body that need them the most, like the brain, heart, eyes and liver.

Krill oil may reduce the risk of cardiovascular disease

Cardiovascular disease is the global leading cause of death, accounting for more than 18.6 million deaths in 2019 worldwide....

The heart health market for dietary supplements and health ingredients remains one of the largest markets, which is no...

How Krill Oil is Good for the Heart

Omega-3 fatty acids are pretty well researched for their impact on heart health. But not all omega-3s are the same — there...

We don't get enough omega-3

A 2016 study published in Progress in Lipid Research found that 97% of the world population has below the optimal level of omega-3s in their body. The lowest omega-3 levels were observed in North America, Central and South America, Europe, Middle East, South East Asia and Africa – those who have adapted to the westernized food habits (20).

Another study from 2017 compared data from the U.S. and Germany found that despite adequate knowledge of the health benefits of omega-3s, 98% of the population exhibits levels below the optimal range for cardiac protection and protection against cardiovascular disease (21). 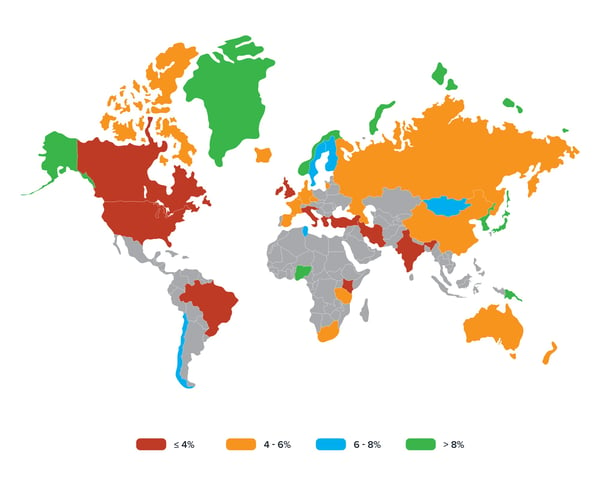 The Omega-3 Index is a measure of the amount of EPA and DHA in the red blood cell membranes, which correlates to the amount of these omega-3 fatty acids in the heart and other tissues. A measure of 8% or above is considered optimal for maintaining cardiovascular health while a level below 8% increases your risk of developing cardiac issues (22).

Choline is a conditionally essential nutrient which is needed by the body to make neurotransmitters, an important part of our nervous system, and indeed phospholipids.

Only a small amount of choline can be made in our bodies, so we need to obtain this nutrient from our diet. However, the national health and nutrition survey in 2003-2004 has concluded that 90% of the American population has an inadequate intake of choline (16).

Choline has numerous effects in the body

Choline has been shown to have positive effects on nerve signalling, lipid metabolism and water balance in our cells. Interestingly, there is a strong link between choline deficiency and accumulation of fat in the liver (16,17). Making sure your diet contains enough choline is essential in maintaining healthy and balanced body functioning.

The choline in Superba Krill oil comes in the natural form of phosphatidylcholine - the same way it is found in the foods we eat. Choline from krill oil is taken up in the body in the same way as other choline supplements which means it's a great way to support your daily needs.

A great source of choline

Krill oil delivers choline with omega-3s and phospholipids to support the function and health of your heart, brain, liver and much more.

Liver disease, or NAFLD, is a serious condition affecting 1 in 3 people in western populations, characterized by a buildup...

The power of marine phospholipids for skin care

Marine phospholipids for skin health? It’s true…this can be your new skin care solution. Healthy and hydrated skin is a...

A recent field study led by Aker BioMarine in partnership with the Oslo University Hospital (and published in Frontiers in...

Aker Biomarine krill oil is the most researched on the market

Aker Biomarine has been investigating the effects of krill oil on human health for over a decade with several studies documenting the health benefits and efficiency of Superba Krill in raise levels of omega-3 and choline.

Krill oil is more than just an omega-3 s With choline phospholipids, krill oil opens up new and exciting opportunities that go beyond the traditional health benefits of omega-3 supplements, to more exploratory segments like beauty and sports.

Powered by these phospholipids, Superba Krill ensures that the omega-3s and choline are delivered to parts of the body that need them the most, such as the brain, heart, eyes and liver.

Read more Read less
Become a part of the crew!

Join our monthly blog overview and get tips, tricks, knowledge and inspiration.

Superba Krill is committed to exploring new ways by which krill oil can improve human health. 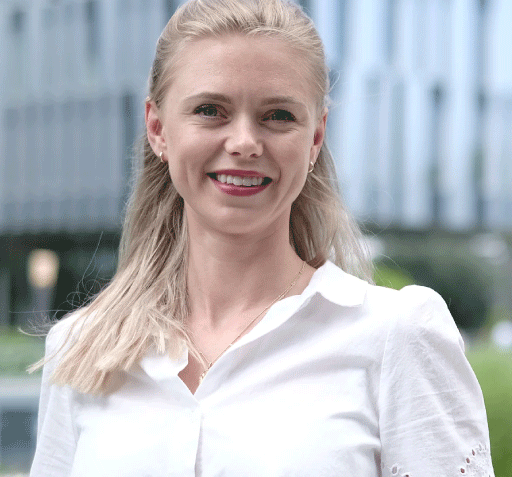 Krill oil is well known as an omega-3 supplement, and is often marketed as such in traditional heart health categories. However, investigatory research into new segments reveal multiple health benefits of krill oil opening up new and exciting markets to expand and differentiate product portfolios.

Dues to its role in nerve signaling, choline may be especially beneficial in muscle function and sports. Intense physical activity challenges cellular functions and increases the stress on our muscles and joints in order to perform at a high level.

If enough choline is available in the body, sufficient amounts of neurotransmitters can be produced, which have an integral role in muscle function. Studies have shown that marathon runners can end up with a 40% decrease in blood choline levels which could have an impact on performance (18). This effect could be exacerbated if choline levels are already low  begin with.

Krill oil has been shown to strengthen markers of immune function, in a study conducted in 2015 by Da Boit et al, which could benefit those who engage in intense physical exercise (19). Since illness can affect training and performance, having a well-functioning immune system is important for athletes to perform at their best. Aker BioMarine is currently investigating the role of krill oil in sports to identify mechanisms by which krill oil can benefit athlete performance and recovery.

Improvements in skin hydration and elasticity

Aker BioMarine has recently conducted clinical trials to investigate the effects of krill oil on skin health. The proprietary, unpublished data demonstrates significant improvements on skin hydration and elasticity which may improve skin smoothness and softness. Research is continuing in this area to understand the mechanisms behind these improvements in skin health.