After two centuries of progress and deeper medical understanding, humans are living much longer. Global life expectancy today is ca 72 years of age. But with an older population comes greater biological risks as we age, leading to increased instances of common lifestyle diseases.

This has put the spotlight on the topic of “healthy aging”. By taking a proactive approach to finding long-term solutions to health and wellness, healthy aging is all about fending off those major lifestyle diseases that plague so many of us. The goal is to stay as healthy, active, and disease free for as long as possible, which requires keeping the body’s cells in their best shape possible.

Healthy aging is connected to the health of our cells

The body’s overall state of wellness is dependent on its cells and how they are functioning. These cells require enough nutrients to fight against internal and external stressors. These stressors can impact the health of the cell, which causes our tissues and organs to become compromised, often resulting in illness and disease. 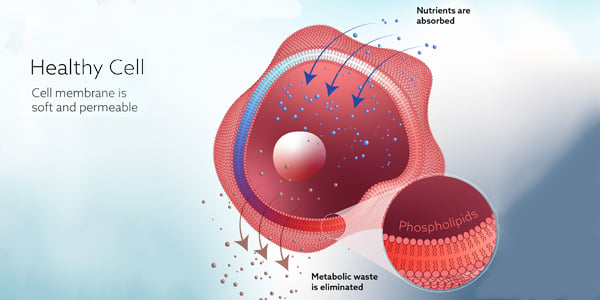 Inside our cells we find phospholipids, a natural, integral part of the cells that helps maintain the strength, flexibility and integrity of those cells and their membranes. Phospholipids are also found in krill oil, which can be taken as a supplement to deliver total body health benefits at a cellular level.

Krill oil is packed with omega-3 DHA and EPA. These important sources of nutrition are linked to the phospholipids naturally found in krill, and when ingested, the human body recognizes it and absorbs these fatty acids more effectively into the cell membranes in all bodily tissues.

In a recent study published in Aging, research teams from the University of Oslo, Oslo University Hospital, and Akershus University Hospital used nematodes and human cells to investigate if krill oil can slow down the aging processes. The study concluded that krill oil does in fact promote healthy aging by counteracting many processes that drive aging such as:

The nematodes that received krill oil (Superba Boost) did not lose as many nerve cells in the brain as they got older. They therefore preserved both memory and neuromuscular function and were generally much more active.

Previous studies have focused on the scientific aspects of healthy aging from a joint and muscle standpoint.

One recent study from 2022, led by the cardiovascular and medical sciences division at the University of Glasgow, found that just four grams of krill oil per day can benefit the skeletal muscle function in older people. The trial was run over six months, and the scientists reported “clinically and statistically significant” improvements to muscle mass, muscle function and grip strength in the participants.

Declining muscle mass is part of aging. After age 30, 3-5% muscle mass is lost every decade, but between 40 and 80 years of age, the decline in muscle mass is estimated to range from 30-60%. Less muscle means greater weakness and less mobility, both of which may increase risk of falls and fractures.

Similar findings have been discovered in a trial run in Australia with osteoarthritis patients. The breakthrough study from 2022 was conducted in Australia by researchers at CSIRO. At the end of the trial, the participants consuming krill oil experienced improvement in knee pain, stiffness, and physical function.

Krill oil benefits the body with its “phospholipid advantage”, resulting in better absorption of omega-3s

While omega-3 has long been a well-known health and nutrition supplement, what’s lesser known is the advantages of the phospholipid form. Not all forms of omega-3 are equally effective; it comes down to how much of that omega-3 is actually being absorbed at a cellular level. As phospholipids are naturally occurring in humans, our bodies recognize it, which means that more omega-3 from krill is absorbed and able to benefit our cells and tissues.

Want to know more? Download the "highway to cell" infographic below:

A long, healthy, and happy life is the ultimate goal. And the medical progress and advancements we enjoy today are making this goal more of a reality every day. Nutritional supplements can play a major role in ensuring that our longer lives are healthy and active ones. 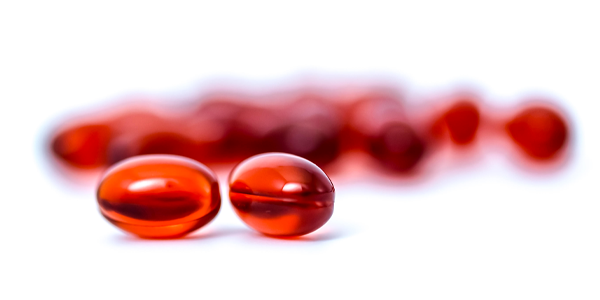 The years of scientific research into krill have all aligned around a clear, common theme: krill oil plays an important role in helping the body gets what it needs at a cellular level to stay active and sharp. And by taking care of our cells with a krill oil supplement a day, we can perhaps keep the doctor away a bit longer.

January 26, 2023 Krill oil may reduce the risk of cardiovascular disease

We all overdo it occasionally…we have one too many alcoholic drinks. And the morning after is not fun—dehydration, lack of sleep, fatigue and nausea—are some of the issues we face. Did you know that krill oil is the perfect companion for helping you get back on your feet after overindulging? It’s true… krill oil phospholipids can help alleviate thirst and nausea.

Our brains are an irreplaceable part of our bodies, responsible for our cognitive, sensory, emotional, behavioral, and physical abilities. In our early years, brain health is centered on optimal growth and development. As adults, we aim to preserve a high level of overall brain function and health. As we age, our brain health focus tends to shift to preserving higher brain functions such as memory and cognition.