The brain-nourishing power of krill is a gamer's secret weapon

At first glance, the combination of krill and esport seem like an unlikely pairing. What could a crustacean from Antarctica possibly have to do with the world of competitive video gaming? As it turns out, more than you think.

If you’re in the business of esports, you’ll know that reaction time and focus can make or break you. Whether you’re fighting off zombies in Fortnite or rescuing hostages in Counterstrike, it takes strategy, skill, and stamina to outperform your opponents – not to mention unparalleled reaction time.

The professional players on the esport battlegrounds are considered some of the world’s top-performing brain athletes. And like any athlete, brain athletes need the right kind of nutrition to keep them at the top of their game, which is how gaming connects to Antarctic krill.

It’s a leap that the professional teams Heroic and 00Nation have already made, teaming up with Aker BioMarine to find out how sustainably sourced krill, in the form of Superba Boost supplements, could give them an edge.

Aker BioMarine took its usual empirical approach to understanding the impact of its Superba Boost krill supplements on gamers’ performance and assembled a team of Heroic members to interview, get feedback and learn from.

During the 6 weeks the 28 gamers were taking krill oil, they were asked to rate improvements in areas such as mood, energy levels, sleep quality, brain function such as concentration and memory and overall gaming performance.

The majority of the gamers reported improvements in memory and concentration in terms of their brain function, more energy and less sleepiness, and overall general mood improvement. Out of all the improvement areas, gaming performance exhibited the greatest gains among the Heroic testers, with 71 percent reporting a positive effect on areas such as reflexes, endurance and focus.

Aker BioMarine sustainably harvests its krill in the Southern Ocean around Antarctica. Krill feed on a diet rich in algae and phytoplankton, which in turn, packs them full of vital, brain-nourishing nutrients for humans –  like phospholipids, omega-3 EPA & DHA and choline. 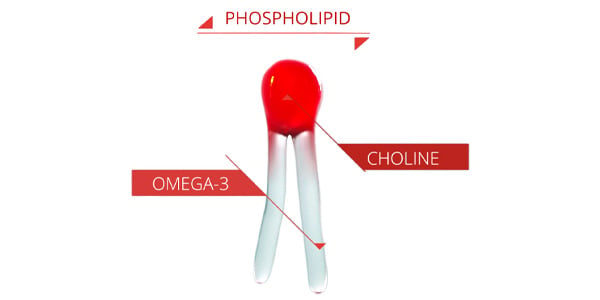 The human brain is already filled with phospholipids, which account for as much as 60% of its weight. These phospholipids contain that much-needed omega-3 EPA & DHA and choline, which are well-known for their importance in cellular function, nerve signaling and cognitive health.

Omega-3s are essential nutrients.  The term “essential” isn’t tossed around lightly, in fact, it’s a scientific term for nutrients that your body need but isn’t capable of producing on its own (at least not in sufficient amounts), and so they must be consumed in food or supplement form.

DHA accounts for 97% of the omega-3 fatty acids in the brain and have been labeled the single most crucial nutrient for brain health throughout life. It is a major structural component of the cerebral cortex, the part of the brain responsible for memory, language, creativity, emotion, and attention.

Most of the global population is deficient in omega-3s leading to an unbalanced ratio of omega-6 to omega-3s in the body. The ratio of omega-6: omega-3 has a huge impact on human health.
Desired ratio should be 4:1, so 4 times more omega-6 to omega-3. The present average ratio in most western diets is however 15:1, and in some countries like USA, the ratio can be as much as 20:1. This imbalance is largely due to the increased prevalence and consumption of processed and ultra-processed foods that is low in omega-3 and high in omega-6.

Krill oil phospholipids is clinically proven to improve the Omega-3 ratio and provide the much needed DHA.

Read more: New research published in Neurology shows that people with a low Omega-3 Index experience a higher rate of brain aging vs. those with higher levels of omega-3s EPA and DHA in their blood.

Choline is also an essential nutrient and plays a key role in functions such as muscle control, memory, and neuronal functions – all key to esports players.

The supplement market for esports is growing fast, but many of the products are focused on short-term active substances – mostly to promote the ability to ‘stay awake’. These supplements and nootropics promise a quick boost but lack more important, lasting health effects. That’s where krill stands out with its brain nourishing potential.

For the brain and body to perform to the best of its ability in the esports arena, it takes more than just a dose of caffeine or another short-term stimulant.

A longer-term approach to brain health can help ensure that esports athletes are physically and mentally fit for the battles ahead. Krill can be the secret weapon in the gamers’ arsenal – a microscopically-sized crustacean that packs a mean punch when it comes to its nutritional power.