Krill are fascinating. You might have already heard of them? They are high in omega-3, which is an important nutrient for heart health amongst many others. What’s more, krill oil naturally contains phospholipids, astaxanthin and the vitamin choline.

However, you probably already know that and what we’re here for, is what you didn’t know about krill.

There are 85 different species in all the oceans around the world, but 6 of these live in the Antarctic ocean. Actually, the largest krill species, Euphasia Superba, is the one that is harvested due to its size and the fact that they flock together in large schools called swarms, in the Southern Ocean.

Whether you are a krill oil fanatic or just recently been introduced to these tiny shrimp-like creatures, take a look at our list of interesting things about the secret life of krill.

Read more: What is Krill oil?

1) Krill can be seen from space!

Even though they are no bigger in size than the average paper clip, Antarctic krill can be seen from space! The enormous swarms which congregate in the Southern Ocean are so dense they have been viewed high up above our earth's atmosphere. When close to the water’s surface, they even give the ocean’s surface a pink-ish red hue.

2) Krill grow and shrink throughout their life

As krill go through their lifecycle, they undergo periods of intense feeding and starvation depending on the season and availability of food. This phenomenon happens several times throughout their lifetime therefore they continuously grow and shrink in size.

To accommodate this drastic change in size krill shed their shell every 13-20 days to make room for their extra bodies, or to fit into their smaller suits!

One implication of this strange behaviour is it is impossible to tell the age of a krill by the size of its body.

3) How do you measure the age of a krill?

If you have ever seen a krill, even far away, you cannot help but notice their big, black, round beady eyes. It is actually here in the eyes where the secret of their age lies. Their eyes do not follow the same patterns of growth and shrinkage as their bodies, therefore the older the krill, the larger their eyes.

To actually measure the exact age of a krill, it is possible to count the number of rings on the eyestalk, which gives an approximation of the amount of years the krill has lived, much like counting the rings of a tree. 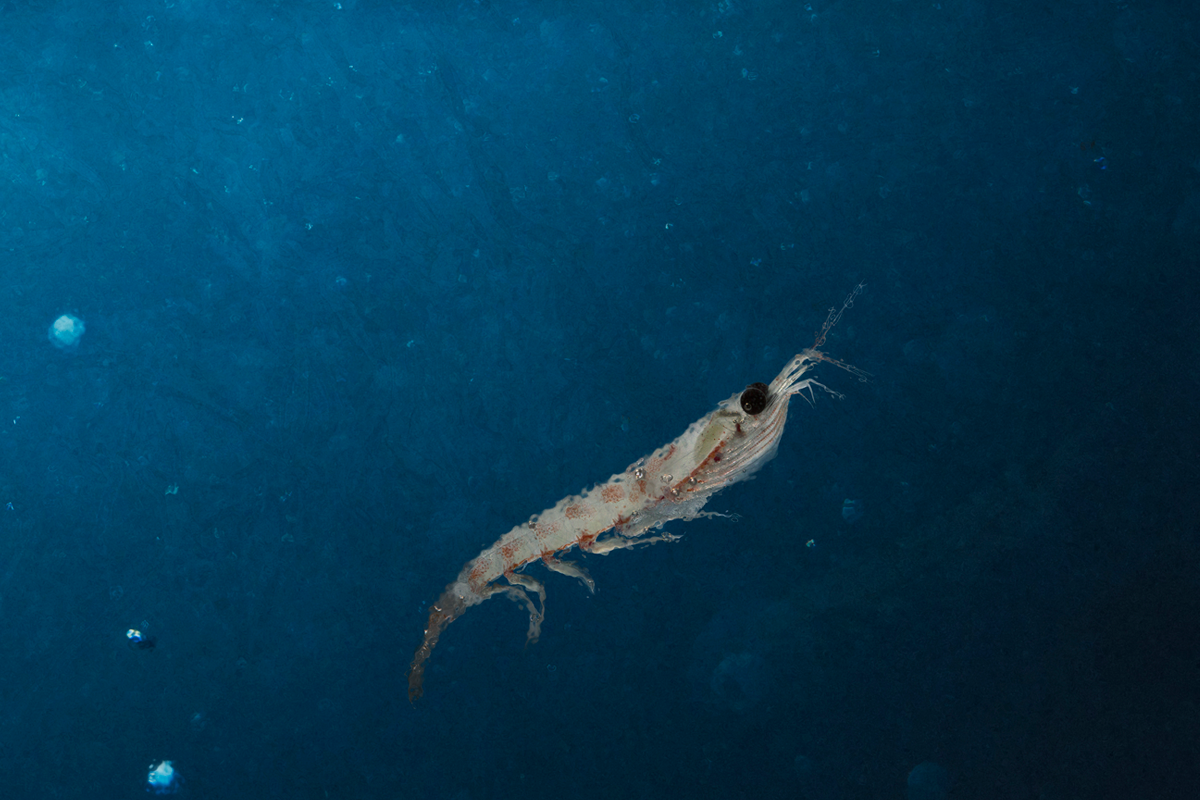 The average lifespan of a krill is about 6 years, with the oldest known living to a record of 11 years.

4) Krill dive deep to reproduce and rise to eat

Krill are small shrimp-like crustaceans, with an average size of about 3.5cm in length – about the size of an ordinary paperclip – although they can reach lengths of double that size up to 6cm.

To reproduce, krill dive deep down to depths of 3000 metres to lay their eggs directly in open water. Female krill can lay upto 10,000 eggs per day! The larvae hatch and rise slowly towards the surface and on the way they develop, mature into adult krill. Krill dive and rise on a regular basis and spend much of their time near the surface feeding and stocking up.

Watch this whiteboard video to get an insight into our complete process from Catch to Capsule!

With many marine omega-3 supplements, the omega-3s are bound to triglycerides which makes the oil sit on top of the stomach, causing digestive discomfort and fishy burps.

Krill contain phospholipid-bound omega-3s. These phospholipids actually allow krill oil to mix well with the food and juices in the stomach, so you do not get discomfort when using a krill oil omega-3 supplement. Check out this video where we demonstrate the differences between krill oil and fish oil when mixing in water to see for yourself!

Do you love krill as much as we do?